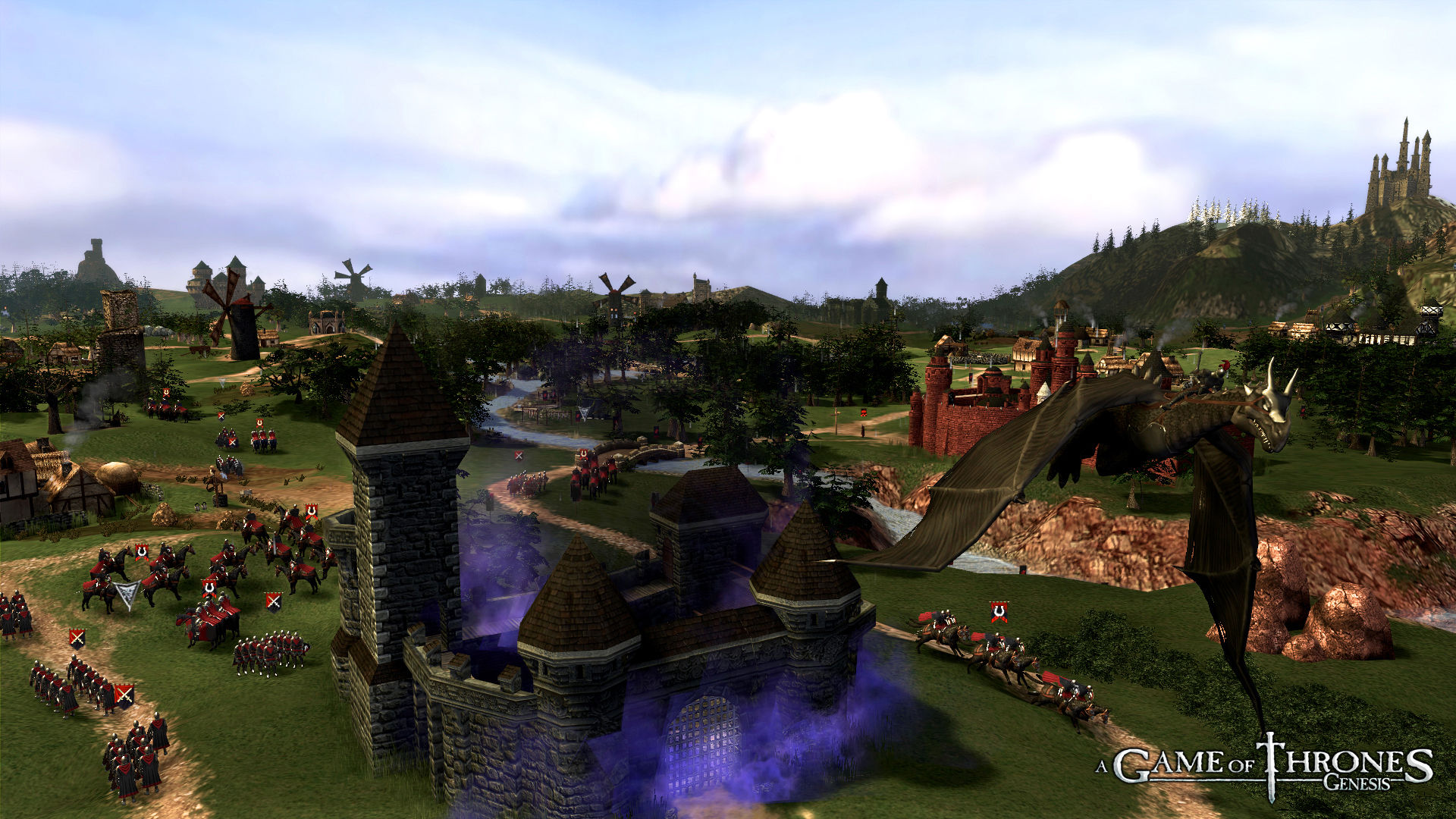 You have to play with what you got at the moment, using as much of your potential as possible. If you have strong combatwise House cards - you have to fight.

If you have more armies than your opponent and you can take relevant objectives - fight. If you have a possibility to use special orders - try using all of them.

If you have at least 1 special order try using Special Consolidate Order to pump units and so on. You never know what Westeros cards will bring, but you can try going for the most probable.

You don't have to be the first global agressor. Wait for someone to make a solid move and when all the eyes will be focused on stopping the initial agressor from winning the game - it's your time to shine.

Keep your armies spread and if possible - with minor castle presence. The more armies you have - the more manouvers you can make, which is better.

Also sometimes Mustering comes unexpected, so the more units you can create - the better results you get. Don't be greedy while bidding on Influence Tracks or Wildlings.

Early game you either have at least one special order available or you have decent cards to fight and get new lands. Generally you need to be simply higher on the track than your opponents.

In case if you are in constant fights or trying to defend desperately - bid for the Sword. Mid and late game it's usually better to be in the bottom of the track, since from the strategical point of view, being able to make the finishing move and to counter enemy moves is way better than raiding and moving first.

Only in case if your first move is life or death issue fight for the throne. Otherwise - do not. If you are bidding for Wildlings and you don't have too many PTs available, not to be the last is more important than being first unless you've seen the Wildlings card.

There's no such thing as a union in the game. Every union is situational and lasts tops for 1 round. So reconsider, negotiate, lie, betray.

Same for King's Landing - it's an absolute must. Dont try to challenge Storms End, unless Martell is i a long-lasting battle with Tyrell, this is way too exhausting and unworthy.

King's Landing is a great place to pump PTs, so use it constantly and care of R. When Support Orders are forbidden during planning phase, you are highly likely to be invaded into th sea, so make sure to have a counterattack from Blackwater Bay.

On the other hand you could use this. The goal is to take King's Landing in the 1st round. Afterwards it's nice to spread those 3 units somewhere, depending on moves of other players and Westeros.

Absolute must here is to take Blackwater in 2nd round. Crackclawpoint and The Reach [could disturb Tyrell, so negotiate] would be perfect to take, if there was no Mustering.

In general - fast occupation of all areas adjacent to King's Landing and mustering up to 4 ships in total is the goal. The general idea of mid game is to create a solid army, which will be able to invade enemy territories.

Your perfect opponents are Stark and Martell, since once you've taken their sea, it's way too easier to maintain the attack with help of ships rather than to move deep into Tyrell or Lannister lands.

Also beware Doran Martell, since if you will get any influence token, except the Iron Throne which you don't really need there's a chance that Martell will use Doran and go against you.

So bid wisely, or make sure to either discard Doran with Patchface or get the high positions when Doran is already discarded and not to be back soon.

It's really hard to tell much about late game for any house. It's more about defending what you already got and getting maybe a little bit more Stick to the plan and try to finish your enemy, if you haven't done it previously.

Switching an opponent is usually a bad idea, so do your best to win. Rarely the game ends with someone getting 7th castle, but it is worth trying.

The Reach, Harrenhal and Storms End are on the hard-mode to be obtained. The Eyrie, Starfall and White Harbor are for the god-mode, so if you get any of those, you'll probably win.

And a general comment for the late game, when you will get many castles, everyone will try to stop you from winning, so make sure you use House cards properly and be ready to lose some fights in order to take wins in crucial ones.

The sea is a key. Ironman's Bay and Sunset Sea are essential areas. If you control these 2 areas, taking control of Bay of Ice or The Golden Sound is not that big of a deal.

Pick 1 opponent and stick with him to the end Lannister or Stark. Fighting against two never leads to victory. Don't forget to collect PTs with CP in any spare moment, since there's a high chance that on the nearest Clash your direct opponent will try to take Valerian Blade from you, and you will definately need few special orders to make your empire grow.

Be very cautious with placing March Orders in the very beginning, since you will only have 2 and so few units with no possibility to get new, unless Mustering comes.

This is a good reason not to be greedy with House cards, because losing any of your units is dire. Ships are extremely powerful in your hands.

So consider getting 6-pack early with a nice spreading of those ships towards the seas. This will ensure landcontrol later.

There are 2 different scenarios: either you go for Lannister or for Stark. Both are viable, but first is kind of high risk - high reward strategy, and the 2nd is safer, but gives you less profit.

Two CP orders will allow you to use Aeron if you will need to , otherwise you will probably have one of the highest amounts of PTs if the clash happens on 2nd round.

If everything goes well, you will probably be able to kill atleast 1 Lannister unit and take a gorgeous position for the 2nd round. On the next turn it will be really good to take Flint's Finger and make a stand while defending Riverrun.

Sooner or later Mustering or Clash since Lannister won't be able to use much of CP while defending will make your dreams come true.

As soon as you feel confident - go for Lannisport with Balon. Make sure to create a union with Lannisters before going for Starks, since there will come a point during the siege, when you'll become extremely vulnerable to Lannisper attack.

K to Flint's Finger and F to Seaguard. This prepares a good background for sieging Moat Calin and allows marching a ship into Bay of Ice.

On this point you are extremely vulnerable to the Lannister surprise attack, so beware. If you achieved the goal, the next step is organizing a solid defense.

Harrenhall and Moat Calin are in a primary focus, since they will allow you to take 7 castles and win early if you are doing extremely well.

If you haven't burned Winterfell to the ground, keep trying. By now you should have 5 castles and the whole adjacent sea areas under control. So now watch the map and try contesting the most vulnerable place.

It depends. Easy now. This should be done within 1 round and with supreme invading power, so the enemy won't stand a chance. If you succeed, this is pretty much the game.

It's probably the most conflict-avoiding house due to Doran Martell. It's also the unique card in the means of diplomacy and weakening your enemies, so use it wisely.

Due to compact placement of your lands, sieging you is a hard thing; on the other hand expanding also hard.

While I've played about a half-dozen games, this is the one we return to, time-and-time again. I'm introducing my group to Shadows Over Camelot next month, but this write-up is superb.

All rights reserved. All other names, trademarks and logos are property of their respective owners. You can use this widget-maker to generate a bit of HTML that can be embedded in your website to easily allow customers to purchase this game on Steam.

Community Hub. Immerse yourself into the battles and intrigues between the Houses that shaped the Kingdom of Westeros and keep your spot on the Iron Throne by any means.

Share Embed. Add to Cart. About This Game What King will you be? Conqueror, Usurper or Diplomat? From Nymeria's arrival in the Kingdom of Dorne to the awakening of the "Others" beyond the Wall, you'll live the origins of A Game of Thrones saga through more than years of history, by taking part in Westeros' founding events and largest battles.

In this great strategy game, victory does not necessarily result from brute force. You can choose to use a military approach and besiege your opponents, strangle them in an economical war, or even use dirty tricks and diplomacy to politically crush them.

Treachery and deception are everywhere and can be more efficient than the most powerful army. So watch your back and show no mercy if you want to keep sat on the Iron Throne.

A deep and exciting gameplay combining strategy, diplomacy and politics. Discover the origins of the universe of the Iron Throne through the Story mode, and participate in major conflicts that have shaped Westeros.

Compete against up to 7 other players in multiplayer. Form alliances, break them, show subtle tactics and crush your opponents!